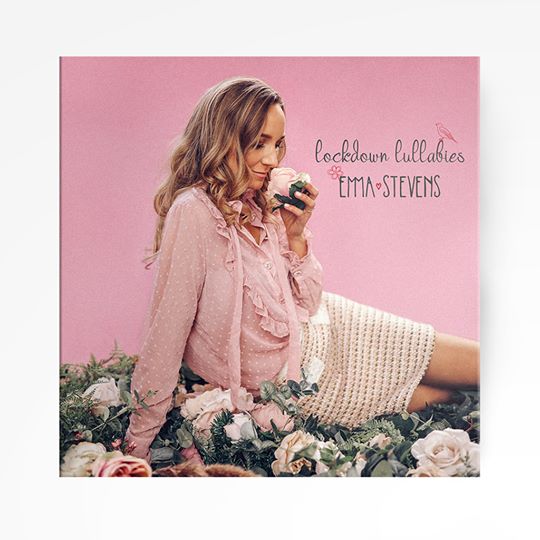 A nice little EP of covers from Emma Stevens to ease our way through lockdown, something to tide us over until the release of her next album. With a 2021 tour already booked and building on the success of her excellent "Atoms" EP this comes at a perfect time.

In the current conditions no-one is expecting Sgt Pepper, however these four tunes have perhaps a little more production value than one might have expected.

Opening with "Three Little Birds", the Bob Marley classic is reborn initially as a folk song with a lovely acoustic guitar intro. Emma's quintessentially English vocals as the birds "pitched by my doorstep" if anything draw attention to just how good the lyrics are, the original having such a groove and singalong vibe to it that perhaps they tend to get overlooked. That is not to say that Emma's version does not have its own little groove happening, as it speeds up so does the backing instrumentation along with some excellent angelic backing vocals from Emma. It is bright and breezy and does indeed have a lullaby feel about it and closes with a nice touch of some tweeting birds.

Personally I think Coldplay were at their best with their first album, although they've since gone on to become a global brand, the true gems are to be found on that first record. "Yellow" has since gone on to become the staple of buskers everywhere and forever crops up in the background on tv shows or in films, so there is possibly little to be further extracted from it. Once again having said that Emma has managed to keep it in lullaby mode, highlighting the melodic aspects and omitting the noisy guitar section of the original and therefore maintaining that dreamy feeling to it.

The third track is the undoubted country classic, "When You Say Nothing At All" originally a hit by Keith Whitely, masterly covered by Alison Krauss and well you can make you own minds up about Ronan Keatings version. As with "Three Little Birds", it seems that Emma's version is able to draw ones attention to the lyrics even more and her multi layered vocals work a treat on this charming version

The final choice you'd think would be the opposite of a lullaby with "Here Comes The Sun", perhaps its inclusion to be viewed more as a sign of hope for a brighter future of a world returned to normality. As with "Yellow" it's been covered by everyone and always retains the optimism imbued in it by its creator George Harrison. Of all of the songs this is probably played with the straightest bat, with the key guitar line remaining untouched, leaving Emma and some background clapping to see the song through on a thoroughly pleasant version.